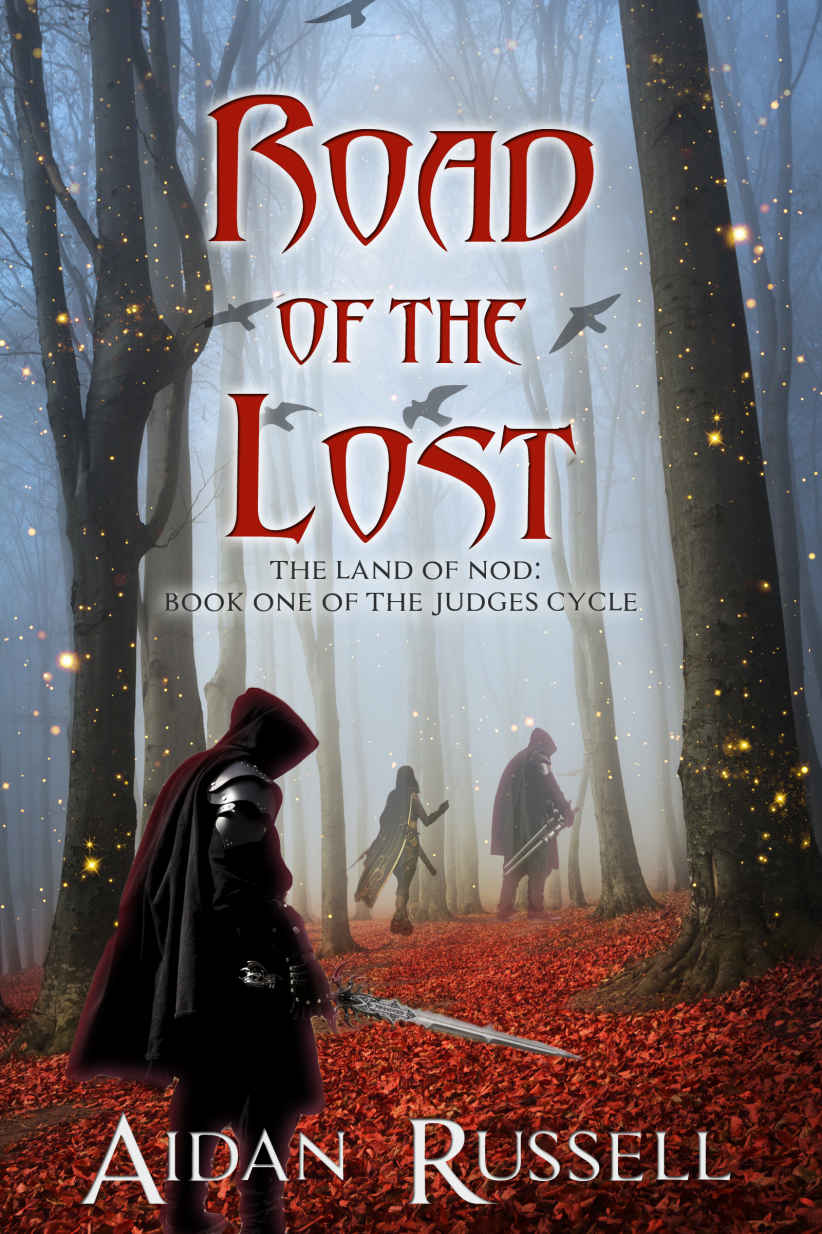 Title: Road of the Lost
Author: Aidan Russell
Publisher: 13Thirty Books
Format: eBook ARC – A copy of this book was provided to me by the publisher in exchange for an honest review.

Reslo, an outsider from birth, wants only to protect his mother forest and be home with his family. Instead, he finds himself thrust into disaster and ruin. The Dark Elves and their Ogre allies are rampaging through his forest homeland, spilling blood and sowing chaos on a quest to make the woods their own. Not only must he contend against these intruders, but he must also keep alive two bungling, novice knights on a quest to find their lost sword and champion, and should they fail, their armies will march to war.

I had a hard time getting into this book. The writing felt choppy and like the enemies the “heroes” came across were put there to literally add action. The battles outside the final battle had no effect on the plot.

Originally I was brought to this by the mysterious cover that included characters holding swords. Then reading the summary, thought it sounded at least somewhat interesting. The story however, falls far short of expectations.

As I already mentioned, most of the fights seem to be just thrown in to have a fight. There is some interesting banter between the two knights and the elf. The knightly banter though, at times feels like they are full of themselves. They think they are something, even though they are only novices. They have next to no battle experience under either of their belts. But this is who is chosen to protect and save the forest, and go on this important mission?

Reading the book, I became thankful for my playing Elder Scrolls Online (ESO). There are references to pieces of the knights armor, and the only reason I knew what was being talked about was because ESO offers crafting abilities and you can make your own armor pieces with different inherent traits. So, when they make reference to a pauldron, I know this is referencing the shoulder piece.

Fantasy is known for having unpronounceable names. This book takes it to an all new level. Mirgheliw, and Mdychi, are two characters in the book. Thankfully they don’t have a major role, but everytime I came to these names I had to stop and read the letters carefully to guess at the pronunciation. A pronunciation guide would have been helpful, and this may exist in the final copy, but it wasn’t available in the ARC.

There are a couple of places I felt had more description than needed. These only served to slow the story down further. Thankfully these were few.

To mimic the format of the writing throwing things in after the fact, or just scattered throughout. I thought I’d mention a question I have after reading approximately half a page, and one sentence in particular, why does the kid possibly need to die? Is this question indirectly thrown in a little over half-way through, supposed to keep me reading the series since it it’s not answered in this book?

View all posts by Pixireads

Hi everyone! My name is Sarah. I work as a Compliance Specialist for an Insurance Company as my daytime job, and a book reviewer wanna be author by night. I’ve enjoyed writing since I was little, but didn’t always love reading. My love of reading developed more slowly.